Head’s Blog: If At First You Don’t Succeed, Try, Try and Try Again 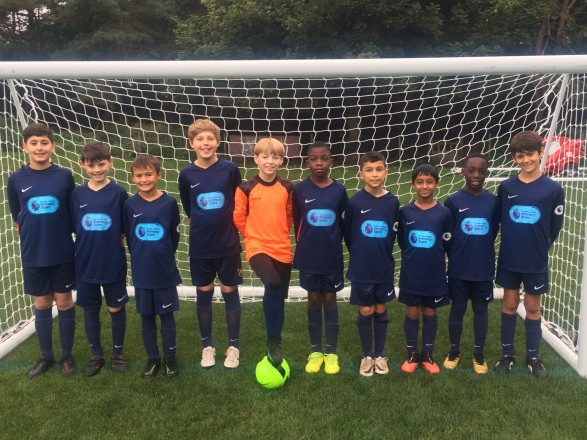 Bromley raised Emma Radecanu provoked the latest surge of British sporting pride, last Saturday evening, as she secured an unprecedented victory at Flushing Meadows, becoming the US Women’s Tennis Open Champion. A fan of the game or not, the news has been hard to miss, with her success giving media owners and consumers, around the globe, a much needed lift.

Radecanu’s victory followed disappointment at the previous grand slam when she was forced to withdraw from the fourth round at Wimbledon – a decision many were critical of at the time. So whilst Radecanu basks in her hard earned success, she will be mindful that sport, like life, brings great highs and great lows and it takes a strength of character to ride the storm: something our Elmhurst senior footballers found out for themselves on Saturday too.

As I joined the Elmhurst U11 Football team at Royal Russell, the excitement was evident as they relished the opportunity to take part in their first tournament in over a year. Mr Venier prepped the boys well, reminding them that the aim of the day was to learn and enjoy the experience, as we took to the field for the first time as a team. I was struck by the respect they showed him throughout the morning, the acceptance of the guidance he gave and the effort they put into winning each game. The real test came in our game against Shrewsbury House Prep School though. Like many of our opponents in the tournament, they were physically dominant, but, throughout the first half, we held our own and, at half time, it looked like we might sneak a winning goal. However, a complacent restart, and then another and another, led to a quick succession of goals for the opposition. Weaker-willed teams may have collapsed at that point but I am proud to say that our Elmhurst boys, despite clearly being upset by conceding the goals, kept fighting until the final whistle. In defeat, they supported one another and took responsibility for their role, resisting the opportunity to blame others. For that reaction alone, for me they were winners, and a victory in the final game of the day left us all proud of their efforts.

The resilience to deal with knockbacks is one of the most important things we can learn and, at Elmhurst, we work hard to help boys stay strong and bounce back from disappointments. It is the reason that character is one of our 6 C’s of learning and resilience is something we must congratulate ourselves on being. No one enjoys disappointment but the determination to try again is what will ensure we succeed in the long run.