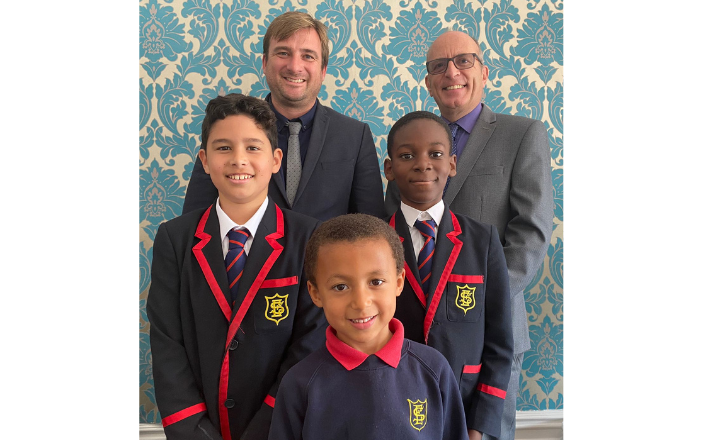 Anyone who works with boys, or has boys, will no doubt be achingly familiar with the lost item routine. Just a few short weeks at Elmhurst and I am already aware that here, as it was in my last school, one of the most frustrating challenges faced on a daily basis is getting uniform to and from school.

Last night, Michael J. Thompson, author of ‘Raising Cain: Protecting the Emotional Life of Boys’, shared his wisdom with an audience of almost 90 online, from his base in the USA. In the event, hosted by Patrick Wenham and Bickley Park School, Michael gave an insight into the mindset of the young men we interact with on a daily basis. In particular, he drew our attention to the difference between the priorities that adults have and those of our small people. Whilst his extensive knowledge could not be imparted in full in such a short session, the sensible, scientific reasoning he presented certainly made me reflect on some of the challenges of managing a boys only school, not least the uniform situation!

This week in an effort to move the priority of uniform in Elmhurst Boys’ minds to at least a middle priority and not low one, I have undertaken a three pronged approach. Firstly, I invited our Headboys, Aren and Taran, to write to me about the arguments for and against school uniform. In a few week’s time, I shall write a formal letter (no point in missing a learning opportunity) in this blog, in response to their own letters. Without wanting to give away the punchline, you will no doubt realise that my own view is firmly in favour of a well worn uniform. Secondly, in teaching Y3 PE this week, I began to reinforce a teacher's preferred changing method (socks in shoes, tie in pocket, etc) and simplify the steps into small ones that I could readily check up on. In my years of working with boys, I have certainly learned without such follow up the instruction is wasted. Finally, in assembly today I spoke to all the boys about the important role they play in representing the school they love through wearing the Elmhurst uniform. I was encouraged to see their nods of agreement when I mentioned to them that I was fussy about uniform. Perhaps I am already moving the needle from low to medium priority!

Of course, in the big scheme of things uniform is a very small matter. Pride in who we are though, is a much bigger one. At Elmhurst School for Boys, I want to nurture a generation of young men who care deeply about themselves and show that to the world around them.